Rt. Rev. Dr. Victor R. Fernandes. Bishop of Mangalore (1931 – 1955), was the Founder of Padua School as Secondary School on 1 June 1944, for the purpose of educating the students of the rural areas.

Initially there were classes upto III Form and higher classes were added gradually. In 1947-48, the First Batch appeared for SSLC Board Exam. The Director of Public Instruction, Madras, accorded permanent recognition to the school as per their order No. DES 1932/52 dated 14 March 1952. The English Medium section was introduced as per the Government’s Order No. ED6 SMC 62 dated 16 October 1962. 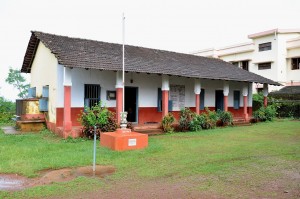 At present 363 students are in Higher Primary School.